Pam Green was elected in November 2018.  She earned both her Bachelor of Arts with an endorsement in Early Childhood Education and her Masters in Elementary Education from Eastern Michigan University. Additionally, Pam received her Education Specialist and Administration Degrees from Wayne State University. Pam served as an elementary teacher for twenty years and an elementary administrator for eleven years with Farmington Public Schools.  She participated in the Galileo Leadership Academy and the Farmington Leadership Academy. Pam was recognized as the FPS/Oakland County/WDIV Teacher of the Year during her career with Farmington Public Schools. Upon retiring, Pam began supervising student teachers at Eastern Michigan University.  As a community member and educator, Pam has served on numerous district committees and has been involved in a wide range of community service activities including beginning the Bountiful Backpack Program, which provides food for students on the weekends. Pam has served as a Boy Scout and Girl Scout Leader, an Odyssey of the Mind Coach, PTA Teacher Representative, and a mentor for the Oakland County Intermediate School District Aspiring Principal Academy.  Pam began the Leader in Me Program at Hillside Elementary. She received the Distinguished Service Award for her involvement with the PTA. Pam has lived in Farmington/Farmington Hills for 31 years. She is married and has a blended family of five children. All five of her children have attended Farmington Public Schools. Two of her children are graduates of Farmington High School and another received his Certification of Completion from Visions Unlimited.  Pam was an active parent who was involved with her children’s athletic, academic and extracurricular activities. 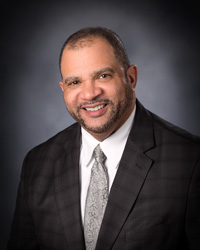 Terry Johnson was elected in 2014. He is a graduate of Michigan State University with a Bachelor of Science Degree. After a successful career in sales, he attended Thomas M. Cooley College of Law and earned his Juris Doctor degree. He has been a licensed attorney since 2007. He is president of The Law Office of Terry L. Johnson, PLLC. He is also an instructor with two police reserve academies in the metro Detroit area. Terry and his wife live in Farmington. They have three children that attend Farmington Public Schools. They also have a son at Western Michigan University and a daughter at North Texas University.

Angie Smith was elected in 2016. She is the single mother of three daughters who all attended Farmington Public Schools - graduates of 2006, 2010 and 2016. She has resided in Farmington Hills for over 20 years and was involved in her daughters’ academics and extracurricular activities.  Angie attended Wayne County Community College and Wayne State University where she earned her Bachelors in Mortuary Science.   She worked for Detroit Public Schools for 8 ½ years in the Special Education Department as a trainable aide grade 1. As a Farmington Hills resident, Angie served on numerous committees in the district. Angie has also served the District as a Building PTA President, PTA Council president, PTA State Region D Representative, and Co-Chair of the Farmington/Farmington Hills MCMR MLK Walk.

Zach Rich was elected in November 2018.  He is a two-time graduate of Wayne State University with a Bachelor of Public Affairs, co-majoring in International Studies and University Honors, and a Master's Degree in Public Administration.  Before that, he attended Forest Elementary and Warner Middle School before being a Farmington District ambassador to the International Academy.  Zach served as a Congressional Intern for then-Representative Gary Peters in Detroit and Washington, D.C. in 2013 and has since served as a Deputy Treasurer for Oakland County and assistant Township Manager for Royal Oak Township.  He is currently the Chairman of the Board for the Greater Detroit Agency for the Blind and Visually Impaired.  Zach also volunteers regularly with the Detroit Urban Debate League. 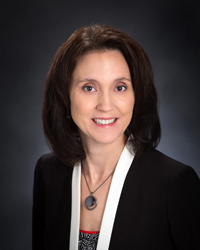 Jessica Cummings was elected in 2014. She is a graduate of Kalamazoo College and Michigan State University College of Law. She has been a licensed attorney since 1999. She is a Visiting Assistant Professor and Interim Chair of Graduate Programs at Madonna University in the School of Business. Jessica and her husband live in Farmington Hills. Their three children attend Farmington Public Schools. She has been a PTA member and involved in school activities since 2006. She has helped in classrooms, co-chaired a PTA yearbook committee, co-managed a Destination Imagination team, managed a WordMasters team, and offered other help in the schools. Jessica has also been involved with a youth sports team. 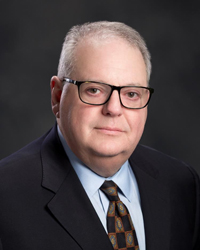 Richard Mukamal was appointed to the Board in January 2019. A 24 year resident of Farmington Hills, he is the father of two daughters who received their entire education in FPS and graduated in 2011 and 2012. His wife, Linda, is the Music Educator at Hillside Elementary School. Originally from New York, he grew up in Toronto, Canada and received his BA in Social Sciences from Western University, Canada in 1980. His career includes sixteen years of progressive sales and marketing positions in Fortune 500 companies including senior management, ongoing work in his family’s Canadian business of commercial property management and asset ownership, creating and running a consulting business with a focus on strategic management, organizational excellence and creating a values driven organization. In addition, he has extensive experience in non-profit organizations both nationally and locally. He served as founding Vice Chairman of El Sistema USA from 2013-2016, during which time he led a strategic management initiative which provided direction and focus to it. He also served as the organization’s representative to the National Association for Music Education Roundtable, which seeks to lobby Congress in support of music education. Locally, in addition to service as a Board Trustee at Temple Shir Shalom and serving on his homeowner’s association, he led the “Save Our Schools” initiative during the 2009-2010 school year with Christine Greig, and was an outspoken advocate for the creation of an education foundation for the district. He is a founding donor to the F/FH Education Foundation. In 2013, he co-founded Crescendo Detroit, which is dedicated to transforming the lives of disadvantaged youth in Detroit through intense music and dance training. In addition to its location in the Dexter-Davison neighborhood, he worked with the city of Farmington Hills after school program, led by Todd Lipa, to run a Crescendo Detroit program at the Jon Grant Center during the 2014-2015 school year. He is also an enthusiastic amateur musician who performs with the Farmington Concert Band. 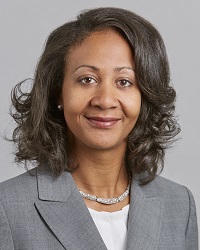 Terri Weems was appointed in September 2015 and elected in November 2016. She is a certified public accountant and is a member of the American Institute and Michigan Association of CPAs, as well as the National Association of Black Accountants (NABA). Terri earned a Bachelor of Business Administration and Master of Science degree in accounting from the Honors College at Ohio University. Terri is an active member of her community. She served as Chairperson of a the Detroit Public High School Advisory Committee, several FPS PTA boards and is treasurer of her homeowner association. She volunteers her time to several organizations which provide tax assistance to those in need, food for the homeless, accounting educational awareness, mentorship and scholarships to high school and college students. Terri and her husband live in Farmington Hills and have three children who attend Farmington Public Schools.